A year after Fikile Ntshangase was shot six times in her home in South Africa’s KwaZulu-Natal province, her daughter has seen no justice

It was 7:30pm on October 22 last year when 31-year-old Malungelo Xhakaza received a phone call — one she wishes never happened.

When she arrived at her mother’s house in Ophondweni, in South Africa’s eastern province of KwaZulu-Natal, all she knew was that something terrible had taken place.

“I arrived [there] at 8pm and the whole place was filled with policemen and some of my neighbours,” Malungelo recounts of the night her mother, 65-year-old Fikile Ntshangase, was shot dead in her home by three unknown men.

A year later, the case remains unsolved, and Malungelo went from living a relatively quiet life in rural South Africa, to fighting battles on two fronts: getting justice for her mother and keeping her legacy alive.

“Mama Ntshangase” as she was known, had been involved in a legal dispute against the expansion of a coal mine operated by Tendele Coal in nearby Somkhele, to the east of the Hluhluwe-Imfolozi park, Africa’s oldest nature reserve.

Ntshangase, a former teacher and chair of the Mfolozi Community Environmental Justice Organization (MCEJO), had been vocal in denouncing the impact of the mine on local health, water and land pollution, as well as damage to local homes.

When the company announced it was planning to expand its open-pit mining operations, MCEJO led a legal challenge against the plans, concerned it would harm local residents’ health and livelihoods by polluting air and water supplies. Most are subsistence farmers.

“My mom was an activist, but at that point… we just didn’t know the correct term for her. She was a person looking after the community,” Malungelo tells TRT World.

“She felt that it was up to her to stand up for the people and speak on their behalf, or even try and educate them about what she was doing. She felt that the mine was keeping some important information… dodging the current procedures,” she explains.

A pattern of intimidation

Ntshangase was shot six times in her living room, with one bullet missing her. Malungelo’s 13-year-old son had been at his grandmother’s at the time, playing with the dogs in the courtyard. He told police that three men showed up asking if anyone was home, then asked him to hold the dogs as they went in. That’s when the teenager, who had never seen those men before, Malungelo says, heard the shots.

Colonel Thembeka Mbele of the South African Police Service in KwaZulu Natal confirmed to TRT World that “the matter is still under investigation, [and] no arrests have been made as yet.”

“Ever since we have had police coming to ask questions, and we’ve given them what we believe happened,” Malungelo says. “But no one has been caught and no one has been investigated, or properly interrogated.”

On October 22 — marking a year since her mother’s death — Malungelo Xhakaza and a group of her mother’s colleagues, friends and environmental activists held a protest in front of the local police station and delivered a letter to the authorities asking yet again for an update on the investigation.

“They were given 14 days to give us a proper update on the case,” Malungelo says, her voice conveying an odd mix of resignation and determination. “All we know is that the people they are suspecting keep changing places,” she says.

Human rights groups have pointed out that Fikile Ntshangase’s death is not an isolated case.

In a 2019 report, Human Rights Watch documented dozens of attacks against anti-mining activists, very often women, across South Africa. They include physical attacks, damage to property, and threatening phone calls from unidentified numbers.

Sikhosiphi “Bazooka” Rhadebe, the head of a community-based organisation that was opposed to mining activities in Xolobeni, in the province of Eastern Cape, was killed in March 2016 at his home after receiving death threats. His murder remains unresolved.

According to Malungelo, other members of her community who have continued their association with MCEJO are now experiencing similar threats.

“They say the same thing that my mom used to say before she was killed. That they’re receiving phone calls from unknown numbers, and people just tell them to back off and to stop going to [our] meetings,” she says.

A report released earlier this year by Global Witness, which tracks the killing of environmental activists and defenders, found 2020 to have been the worst year on record since they began gathering data in 2012 — 227 environmental defenders have been killed, the equivalent of more than four a week.

Most of the documented incidents are in the Global South, of local activists defending their communities from land grabbing or environmental exploitation. A great number were rangers simply doing their jobs protecting natural parks from illegal logging and other environmental damage.

Can South Africa overcome its dependence on coal?

Until last year, Malungelo’s main role in the organization had been helping out with cooking ahead of MCEJO’s meetings. She would hang out on the sideline and listen in, she recalls. Everything has changed now as she tries to keep her mother’s legacy alive amid soaring tensions and fear in the town.

“I listen to people and I inform them if there are things I feel my community is lacking information on,” she says.

“I have taken on my mother’s role in some kind of way, but I still feel that the community is divided, especially now that my mom has been killed,” Malungelo says.

Mining is key for South Africa’s economy, contributing 8 to 10 percent of national GDP, and employing over half a million people as of 2019, according to government figures. The sector is dominated by coal production, which employs 20 percent of the mining workforce.

South Africa also remains heavily reliant on coal for its energy needs. At COP26 this week, the US, Britain, France, Germany and the European Union pledged $8.5 billion to help South Africa phase out coal – a move hailed as a “watershed moment” by South African President Cyril Ramaphosa. Part of the funds should be directed to the regions and workers affected by the transition.

In KwaZulu-Natal, Tendele Coal has argued that the company’s inability to expand would leave 1,200 employees without work.

“Should the mine be unable very soon to begin opening up an extended area due to these [legal] actions, the mine will be forced to close and will stop operating not later than June 2022,” Nathi Kunene, Business Development Manager at Tendele told TRT World in a statement.

Kunene agreed community tensions had arisen, but said the company believes they derive “from efforts by a tiny minority of community members taking actions, which threaten the future of the mine.”

According to the company, 113 households have signed relocation agreements. However, lawyer Kirsten Youens, who represents community members in the expansion areas where Fikile Ntshangase had been conducting her awareness campaign, explains that Tendele hasn’t consulted all of those that will be affected.

Nineteen families approached by the company were still refusing to sign, she added. Litigants in the court case, which is due to be heard in mid-November, want the mining right granted to the company in the area to be rescinded over this and other alleged irregularities on how it was obtained.

Malungelo recalls how her mother used to talk about her visits to the mining community in Somkhele: the cracks on the walls and the rooms filled with coal dust threatening people’s health.

“My mom was trying to prevent it from happening in the community that she was from,” Malungelo says. 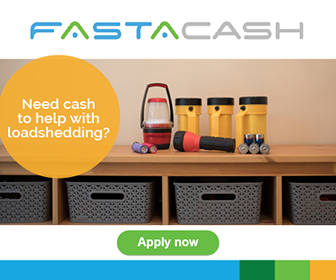 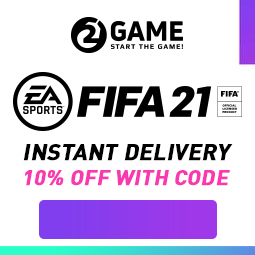